A landmark Merthyr Tydfil building is to be converted and its site extended into an ‘exciting’ development providing 70 much-needed homes.

The former St Tydfil’s Hospital site in Upper Thomas Street will have its Grade II listed entrance block converted and extended to provide seven apartments and a house. The remainder of the site will be developed to provide a mixture of apartments, bungalows, terraced properties, and semi-detached and detached houses.

St Tydfil’s Developments has been given planning permission for the development, which will be constructed as a joint venture with Merthyr Tydfil Housing Association and provide 39 open market homes and 31 affordable homes for rent.

As well as ensuring the survival of the ‘magnificent’ building, the project will also create a biodiversity reserve with native tree planting, species-rich grassland, bird and bat boxes, a ‘hibernaculum’ (shelter for animals) and a horseshoe bat ‘cool tower’ roost.

St Tydfil’s Hospital was built in 1853 but closed in 2012. Most of it was demolished four or five years ago, apart from the entrance block – which was part of the original union workhouse – and the attached wing, which will not be demolished under the plans.

“Although the entrance block is in need of urgent repair, it is still a magnificent decorated Gothic style building,” said an officer’s report to the Council. “Notably, its projecting two storey gable with large four light traceried window, with ornate detailing, provides a prominent and striking entrance.”

Huw Morgan, Director of Operations at St Tydfil’s Developments, said: “We are delighted to have received planning permission for the redevelopment of the former St Tydfil’s Hospital site.

“This exciting scheme includes 62 new-build properties, of which 31 will be affordable dwellings on behalf of Merthyr Tydfil Housing Association. The scheme has been developed in close collaboration with the County Borough Council with careful consideration for technical concerns, including heritage assets, ecology, topography constraints, design and amenity and highway impact.’’

Karen Courts, Chief Executive of Merthyr Tydfil Housing Association said: “We are committed to the regeneration of communities and we are excited to be working in partnership with St Tydfil’s Developments and MTCBC on this development to bring much needed affordable homes to the borough.”

Cabinet Member for Regeneration and Public Protection Cllr Geraint Thomas said: “Our Regeneration Team is working with the developer on site to support the delivery of this key project.  The development will ensure the long-term use and sympathetic conversion of a listed building that would secure its survival.”

Cabinet Member for Planning & Neighbourhood Services Cllr David Hughes said: “It should be noted that almost half the housing will be affordable and provide much needed new homes for the county borough. It will also make the best possible use of a brownfield derelict site in a location close to the town centre, bus and railways stations, schools, the College and a range of other local services.” 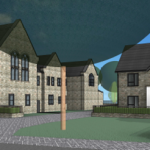 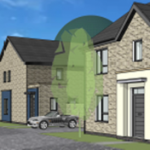 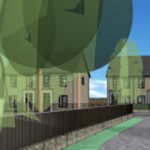 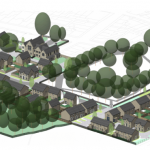